Nobody wants to be a buzzkill, and the 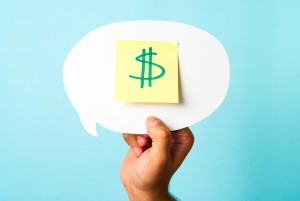 owners and management of small to mid-sized businesses probably have a couple of dozen more important things to do at any one point in time than to police their employees’ Internet usage. But have you ever stopped to consider just how much does Facebook cost you each month? Whether you pay a fixed monthly fee for bandwidth or a variable cost depending upon usage, it’s not just bandwidth that we’re talking about. Facebook and other non-business uses of the company’s Internet connectivity can add up quickly and cost you far more than you ever realized, impacting productivity and morale to bandwidth utilization. Let’s look at each one in a bit more detail.

Unrestricted Internet access can be a boon to morale, but it can also be a time-leaching drain on productivity. Users may only mean to “check in” for a few moments, only to realize an hour later that they are late for a meeting or forgot to call back a customer as they promised. Whether it’s Facebook or some other social media site, an online shopping venue or a news site, it’s far too easy for users to lose themselves on the web and burn hours per day surfing instead of working. That costs you money.

Users who spend too much time on Facebook in particular may suffer from decreased morale or even depression. A study published by the University of Michigan in April 2013 found that Facebook users suffer a decline in overall well-being and happiness as a result of constant Facebook use. Whether comparing their personal lives to those of their online friends, or comparing the success of the company’s marketing strategy to those of giants in the field, the results show that accessing Facebook doesn’t do anyone any favors. Of course, Facebook is not the only site on the Internet that can have a negative effect on morale. There’s plenty of websites out there that may be fine for a consenting adult to surf from the privacy of their home, but that have no place being accessed from work. Offensive content can impact everyone’s morale, including the offended employee, management, HR, and the user who has to be disciplined for violating company policy. A workforce suffering from morale problems isn’t going to do you, or your customers, any good either.

You may not think that recreational Internet use consumes too much bandwidth, but have you ever felt that the network was “slow” or heard complaints about response time for your company website? Have you noticed delays in the sending or receiving of email? Do you have any idea whether the Internet has really slowed down, or if the problem has a source inside your own network? Can you tell? Whether bandwidth is being consumed by users streaming from the web, or perhaps by some piece of malware that came down with an illicit download, ultimately it’s costing you money. Walk around the office and see how many users are streaming audio or even video. Notice how many have Facebook or other social media sites open…maybe in another tab or minimized browser if they saw you coming. Or better still… do something about it.

What can you do about it?

If recreational Internet use at work is costing your company money, there is something you can do about it, and it doesn’t involve wire cutters or other draconian policies forbidding anyone to open their browser without a signed note from their manager. Internet filtering software is a great solution that permits you to grant your users Internet access in a safe and reasonable manner. Internet monitoring software can restrict access completely to sites that violate company policy, limit access to sites that could consume too much bandwidth or employee time, and protect users from malware hosted on compromised websites or contained in infected downloads. Internet filtering software can also restrict access to recreational sites by time of day, total time spent, or bandwidth used, so that some recreational surfing is still possible without negatively impacting the business.

Internet filtering software lets you treat your employees like adults, while still protecting them, your corporate IT and data, and your overall productivity from all the perils that come from Facebook and unrestricted access to the rest of what the Internet has to offer. If you expect your users to be available by phone after hours, to stay late, to work on the weekend, or to attend lunch meetings, then you need to be tolerant of them decompressing through an online comic, ordering that birthday gift online rather than taking a long lunch to hit the mall, and in general, being treated like responsible adults. What you don’t have to do is take an “anything goes” approach. Internet filtering software can help you to enforce an acceptable use policy, limit potential productivity losses, protect you from malware, and ensure that you have enough bandwidth for the mission critical applications that run your business.